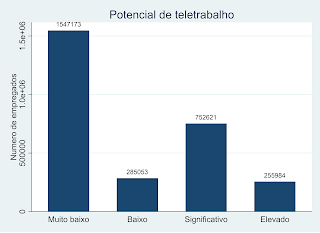 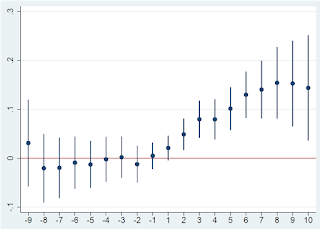 
Europe’s labour markets may be hit hard by the coronavirus. What can employment policy do to soften its effects? I offer below some first thoughts on this potential crisis.

The best response will depend first on a good understanding of the nature of the shock. So far, the coronavirus crisis appears to be essentially a temporary supply-side shock.

People are getting sick and unable to work. Healthcare will be absorbing more resources. Above all a large share of the workforce will have to stay at home - to reduce the chances of getting infected and or to provide support to others. Global value chains are disrupted as access to and demand for intermediate inputs breaks is affected.

Of course, some jobs can be carried out at home with little disruption. But in many other cases that will be difficult or nearly impossible – manufacturing, construction, restaurants, hotels, retail, events, etc. Note that many of these industries are strongly labour-intensive and pay relatively low wages, which speaks to their resilience and potential wider social and economic impacts.

But there’s a demand-side element as well, even if focused on particular industries, namely tourism and transport. Financial credit may dry up for some businesses. The loss of labour income in some professions may also affect aggregate demand to some extent.

Is this a temporary or permanent shock? The recent developments in some Asian countries – China, South Korea and Japan – suggest the virus can be contained. With a bit of luck, the warm weather from Spring and Summer may also help in slowing down or reverting the virus. A vaccine may be available sometime next year. But it seems highly unlikely that the disruption from the virus will go away in less than six months or perhaps even more.

If nothing is done, what will happen in labour markets? The most likely first impact is an abrupt freezing in hirings leading to higher unemployment. Given the uncertainty ahead and the diminished demand that many firms are already experiencing, plans regarding new appointments firms will be put on hold or cancelled. This will affect people that are in between jobs and now will take much longer to find employment.

A second stage of this process will involve the renegotiation, non-renewal or termination of non-standard contracts (fixed-term, temporary and service contracts). In contrast to the case of hiring freezes above – which may involve mostly younger individuals that are not yet entitled to unemployment benefits -, in this second stage such automatic stabilisers will kick in and provide income support to most of those who lost their jobs.

Finally, a third stage will involve some combination of dismissals - and further increases in unemployment - and pay cuts. This would arise in deeply affected firms or, more generally, in a more extreme version of the crisis, of widespread contagion. Fortunately, this does not appear to be on the cards given the apparently successful recent developments in China and other more developed Asian countries.

Fortunately, many firms will have financial buffers to deal with shocks like this - many have enjoyed several years of economic growth since the last recession. The understanding that this is a temporary shock will also make them hold on to their workers for as long as they can.

Firms will also be trying to adapt their production models, making greater use of telework. Fortunately, broadband coverage is so widespread that virtually anyone can conduct meetings, deliver presentations, meet customers, answer calls and emails, access data or write reports over the internet from home (if these activities are important parts of their jobs). Greater flexibility in telework was long overdue and this crisis will probably represent a watershed in its widespread adoption in the labour market.

So, what can employment policy do to alleviate the negative effects of the virus on the labour market? Several dimensions deserve attention – below I list four:

1. Short-time work schemes: these involve the reduction of the hours of work or the suspension of the employment contract of some percentage of the workers in firms badly affected by the virus. The cost of this measure is typically split between workers and social security. Workers are paid a lower total salary; social security fund the part of the new salary that is not paid by the firm; firms pay more than if they dismissed their workers. However, all parties can be better off: workers keep their jobs, firms keep their workers – and can resume their business quickly when the crisis comes to an end -, and social security would have to pay more in unemployment benefits if the workers were dismissed. These schemes are rightly credited with the resilience of the German labour market during the financial crisis. Of course, their usefulness in 2020 will depend considerably on the nature of the shock – these schemes will not be effective in sectors where the shock may be long-lasting.

2. Training: firms can use this challenging time to upgrade the skills of their workforce. Again, training activities can increasingly be conducted online from home. Part of the training content may involve teleworking itself. Financial support through grants to pay for the direct and indirect costs of training can make a big difference in persuading firms to use this period to invest in their workers. To be more effective and minimise deadweight, these training grants should be made available to firms that may benefit the most from the training activities while also facing the most challenging financial constraints. Public employment services should also advertise and make widely available their online training modules not only to jobseekers but also to employees stuck at home.

3. Sick pay extensions: many countries offer sick pay benefits but make them available only from the fourth day of sickness – i.e. there is a waiting period of three days. This acts as a screening device to deal with moral hazard issues. However, this may dissuade many from suspending work at a time when they may be highly contagious. It will make sense to shorten or even eliminate this waiting period.

4. Employment law: greater flexibility in working conditions may be important to soften the employment impact of the crisis. Any increases in minimum wages or other costs for employers planned for the next months should be cancelled or at least postponed. While minimum wage increases appear not to have had significant effects on employment over the last few years, the economic context at the time was very different. The likely negative effects on hirings are already significant – there is certainly no need to make them even worse by increasing minimum wages. Additional flexibility in teleworking arrangements or even in the setting of holidays or leave days may also be useful.

Fortunately, most labour markets will be resilient enough given the low unemployment rates and the long period of expansion over the last years. However, this shock seems to be very different from the previous ones. Quick and decisive action may pay off handsomely later. Better safe than sorry.